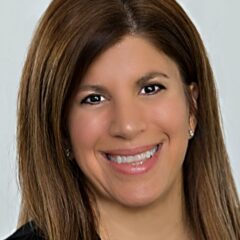 Need Another You is a full-time productivity and organizing company.  We specialize in helping individuals and small businesses be more productive in less time.  Our goal is to help you create more time, space and money in your life and business.

Kim Oser is an award winning Certified Professional Organizer® and owner of Need Another You, a Washington, DC based organizing and productivity consulting company. She founded Need Another You in 2004 with the strong desire to help others free up time and space and reduce stress in this hectic world.

Kim brings over 10 years of experience in the corporate world where she worked in pharmaceutical sales and hospitality sales and catering. Her experiences gave her an understanding of how illness can impact disorganization and clutter. She also learned the importance of planning and follow-through to reduce confusion and stress. Kim holds a Bachelor’s of Science from University of Maryland and a Certified Medical Representative Degree in Disease Management.  She passed the inaugural Certified Professional Organizer (CPO)® exam in 2007 and was one of the first CPOs® in Maryland.  Kim was nominated for the NAPO-WDC 2012 Professional Organizer of the Year and was awarded the inaugural NAPO-WDC Key Leaders Award in 2007.

Kim recently served on the National Association of Organizing and Productivity Professionals  (NAPO) Board of Directors. She has held the positions of NAPO Marketing Committee Chair, a Clutter Diet Expert, and a member of the Neat Fleet.  Kim has previously volunteered as the NAPO Social Media Team Leader and on the Chapter Relations Committee.  She served on the NAPO, Washington, DC Metro Chapter Board of Directors from 2005 – 2009, including holding the office of Vice President from 2006-2007. Kim has attended the NAPO Annual Conferences 2006 – 2010, 2012-2018, volunteered at as well as attended the NAPO-WDC Mid-Atlantic Regional Conference for Professional Organizers (MARCPO) in 2008-2011, 2013 and the NAPO-WDC Annual Seminars in 2005-2007.

Kim speaks internationally on the topics of organization, productivity and using technology to increase productivity.  A self-proclaimed tech extrovert, Kim has learned innovative ways to use technology through trial and error. She loves uncovering new methods to automate tasks and simplify our lives. She has been recognized and quoted as an Organizational & Productivity Expert both locally and internationally.  Kim worked with the Oprah Winfrey Show in 2007 on their two-part show titled, “Inside The Lives of Hoarders.”  She has been featured on NBC Washington and FOX-5 TV in Washington, DC and in numerous print and online newspapers, including The Washington Post, Washingtonian, HGTV, Northern Virginia and Spirit Magazines.

Kim strives to help others reduce stress by becoming more productive and profitable, freeing up time, money and space.

Pardon our appearance while we set up for Productivity Summit 2020!